The first debating societies at Berkeley were established in 1898. Separated by class, the Freshman Debating Society and the Sophomore Debating Society each met every other Wednesday to practice extemporaneous speaking in California Hall. They also hosted an annual interclass debate between themselves.

Today, debating groups on campus are separated by format. Our organization, the Debate Society of Berkeley, competes in British Parliamentary (BP) debate as the original societies did. This format is practiced internationally, and our crowning tournament is the Worlds Universities Debating Championship. Our team also competes within the American Parliamentary Debate Association, which is the oldest intercollegiate debating association in the United States.

There are two other groups on campus dedicated to debating. Cal Debate competes in the policy format as regulated by the American Forensics Association. Their championship is known as the National Debate Tournament. Parliamentary Debate at Berkeley competes under the National Parliamentary Debate Association up to the NPDA Championship Tournament.

We are proud to continue the tradition of BP debate not only on campus, but around the world. Our teams have competed in the last three world championships in the Netherlands, Mexico, and South Africa; our executive members have taught in China, Korea, and Vietnam. At home, we coach and judge for local high schools, support Bay Area BP tournaments, and organize two competitions of our own.

Whether you are interested in debating near or far, we hope our club can support you! 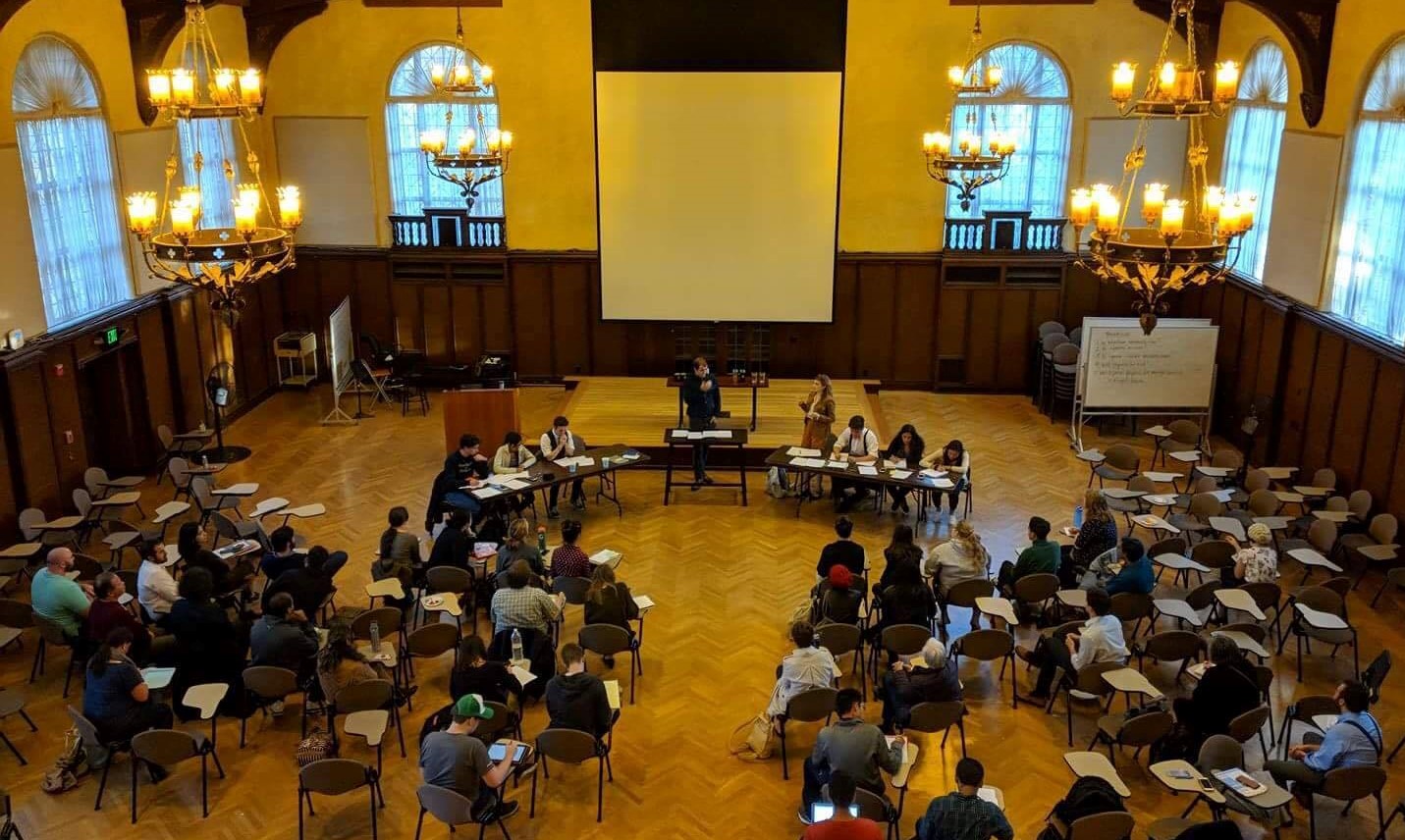 Ofir Dvir as a breaking adjudicator in Open Finals.

Zaiyana Shafqut and Yash Dave as the 5th best ranking team in the Novice division.

Oliver Bell as a breaking adjudicator to the Open Finals.

Nathan Wong as a breaking adjudicator in Novice Semi-Finals.

Sindre Carlsen as a breaking adjudicator in Novice Semi-Finals.

Ariana Jessa/Catherine Wang broke as the highest ranked team in the nation in the novice division, advancing to novice quarterfinals.

Luke Zhang/Ariana Jessa and Jake Klawans/Laurel McGrane broke in the novice division. Luke and Ariana advanced to the novice finals and were 4th and 6th ranked novice speakers respectively.

Luke Zhang/Catherine Wang broke to the novice finals, with Luke as the 8th best novice speaker.

Pranav Shanker/Dennis Tekell broke to the quarterfinals and Luke Zhang/Catherine Wang broke to the novice finals. Luke was the 9th ranked novice speaker.

Kevin Klyman/Emma Barton broke to the quarterfinals, and Kevin was the 2nd ranked speaker.

All members must attend general meetings once a week, attend practices at least twice per month, and volunteer for the team at least four days per semester. There is a $50 annual membership fee.

Q: Do I need debate experience to join the club?

No. Some of our most successful members had never participated in organized debate prior to joining the club. But, be ready to practice diligently so you can catch up.

Q: What is the time commitment?

Practices will be 2 hours each, 2 times per month. General meetings will be two hours on Sundays from 6:30-8:30 PM, once per week. We also expect four days of volunteering for the team per semester (helping us host tournaments, judging, running workshops, etc.), which will be about 8 hours per day of volunteering. On an average week, we expect about 8 hours of commitment with a high degree of flexibility week to week.

Q: How can I prepare for the interview?

Reflect and relax. We are interested in hearing about what drew you to our organization, how you reason through arguments, and any previous experiences you’ve had with debate. Consider how to describe these components quickly and clearly.

Q: What should I wear to the interview?

Q: Do I need to bring anything to the interview?

Please bring some paper and a writing instrument.

Q: How much do tournaments cost?

For active members, the Debate Society of Berkeley covers registration fees and offers subsidies for tournaments. Larger subsidies are offered for out of state tournaments due to additional costs for transportation. Subsidies may be offered on a competitive basis if the demand for a tournament is high.